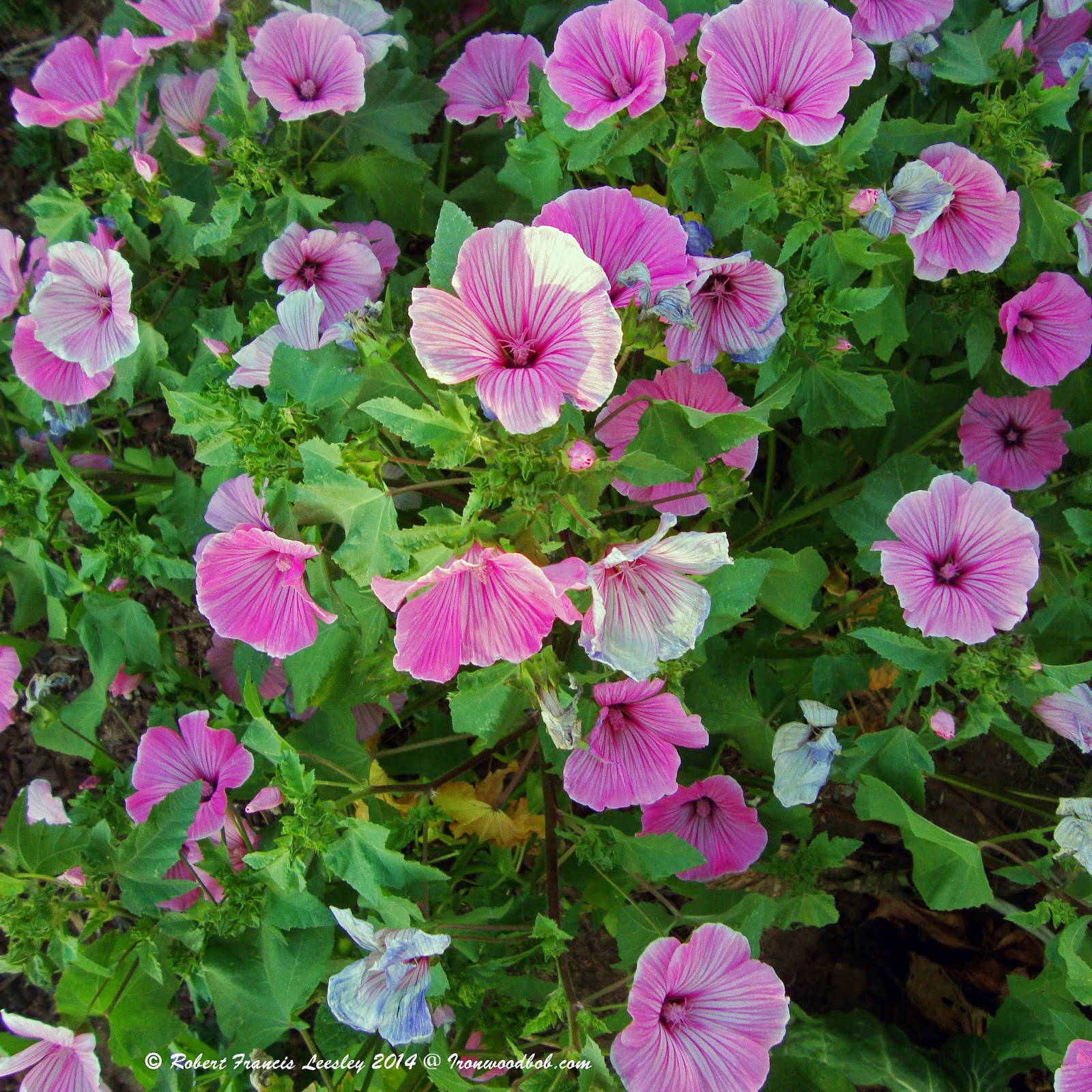 Lavatera is in the family Malvaceae and is a cousin of hibiscus and hollyhock.
A reference to a cultivar 'Silver Chalice' has been encountered. This may be the same as 'Silver Cup'.
The plant was named after, J. R. Lavater a 17th century Swiss botanist It is a native of Spain and of Syria, but is not deterred by our cooler climates. The Annual mallow can bear very harsh temperatures without any problems, even many degrees below zero.
Lavatera appears to have been introduced from Spain in about 1600 as, though not mentioned by Gerard, who wrote in 1587, it is by his commentator Johnson, who wrote in 1633. It was then called the Spanish Summer Mallow.
Clusius was the first to apply to it its specific name of trimestris. Charles de l'Écluse, L'Escluse, or Carolus Clusius (1526 -1609), was a Flemish doctor and pioneering botanist, perhaps the most influential of all 16th century scientific horticulturists. Clusius laid the foundations of Dutch tulip breeding and the bulb industry today.

The species itself is pink and, although occasionally grown, was long since superseded by that old cottage garden favourite ‘Loveliness’.
The Fleuroselect award winning varieties ‘Silver Cup’ and ‘Mount Blanc’, which are pink and white flowered respectively, recently ousted ‘Loveliness’ from many seed catalogues.
Lavatera 'Parade' is a mixture of 'Mont Blanc', 'Pink Beauty', 'Ruby Regis' and 'Silver Cup'.
Posted by Ironwoodbob at 6:15 PM